It's like a comedy/inspiring real-life story sitcom ㅋㅋㅋㅋㅋㅋㅋ but with some cafe action.. ㅋㅋㅋㅋㅋㅋㅋ
Today's TREASURE MAP cafe prince (with Teume) episode
This is the "first time" TREASURE met their fans face-to-face after debuting ㅜㅜㅜㅜㅠㅜㅜㅜ
The teumes picked from the application were invited to Treasure map filming and it was legendary ㅋㅋㅋㅋㅋㅋㅋㅋㅋㅋ
#1. Sudden fire show OoO 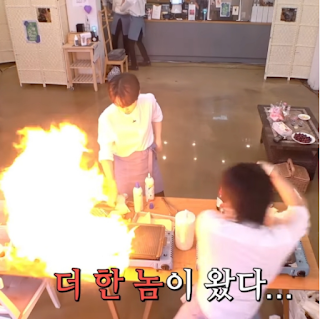 Ahhhh someone save Hyunsuk ㅋㅋㅋㅋㅋㅋ
#2. As expected of Kim Doyoung 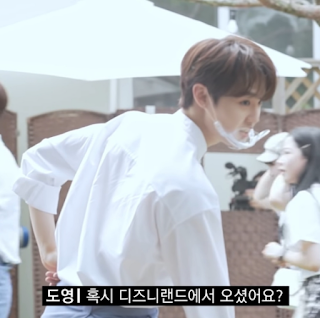 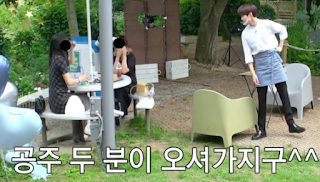 "By the way, are you from disneyland?"
"Because we have 2 princesses here^^"
Oh my Doyoung...
#3. Jaehyuk's touching (moment)ㅠㅠㅜ 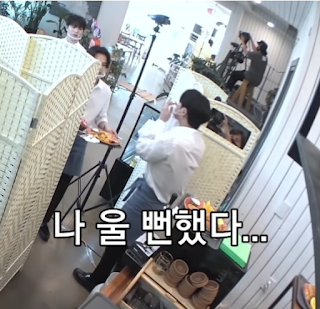 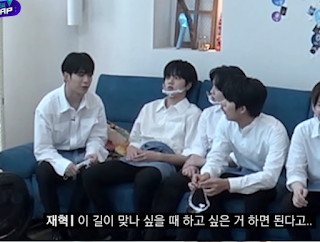 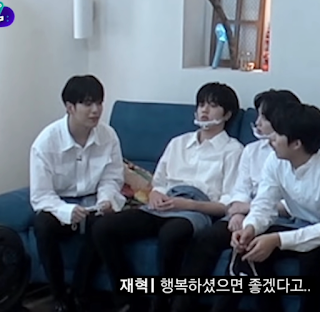 "I almost cried"
"She told me, whenever I question if this is the right path for me, I should just do what I want"
"and that she hopes I am happy"
ㅜㅜㅜㅜㅜㅜㅜㅠ Let's be happy for real ㅠㅜㅜㅜㅜㅜㅜㅜㅠ
#4. Teumes cuties ㅋㅋㅋㅋㅋㅋㅋㅋ 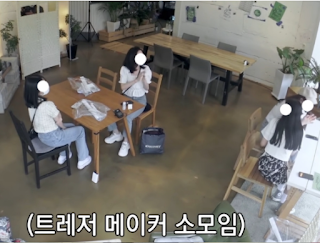 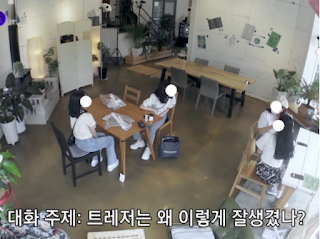 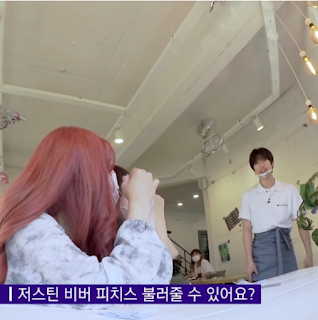 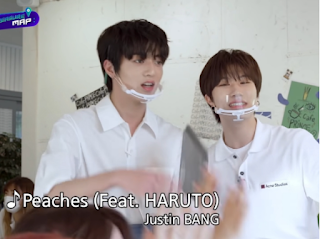 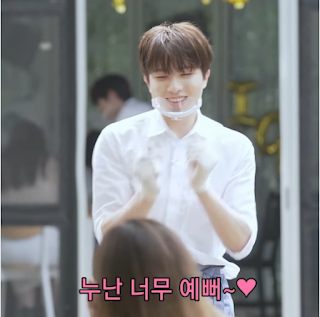 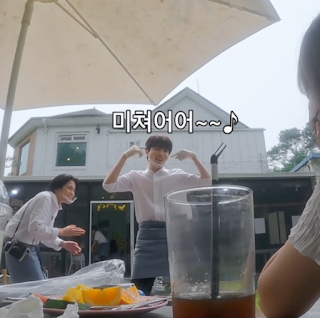 Ahhhhhhhhhhhhhh
After watching this,  I'm gonna wait for TREASURE to have their concertㅠㅠㅜㅜ
TMAP staffs, please upload all their special menu videos.. Pleaseෆ
Fan accounts on how TREASURE look like in real-life are now being upload and I'm just like 'Ah so our kids are actually realㅠㅜㅜ All this time, I thought they're just 2dsㅠㅜㅜㅜ Idols who debuted during pandemic cheer up.. ㅜㅜㅜㅜㅜㅠㅠㅜ

I'm gonna share one more cute Park Jihoon story..
Jihoon kept on running here and there and he looked like he's feeling so hot, even his shirt is wet from sweat, so we asked him "It's so hot, rightㅠㅠ?", but he was like "No? It's not~ We're just acting as if we're feeling hot, so we would go to the restroom to splash water on ourselves~". He laughed but he genuinely  looked like he's feeling so hot..

[+69, -0] Ah this one is really funny ㅋㅋㅋㅋㅋㅋㅋㅋ Part-timer's face is really handsome, but the french toast on the other hand.....

I'm saying this now that TMAP event has been released but
it's my first time tasting that kind of french toast
I was surprised that I checked the bread using my fork
It taste like someone is up to something like that...
ㄴ [+9, -0] No ㅋㅋㅋㅋㅋㅋㅋ but where are those fans who even gave two thumbs up when the kids asked them how does it taste ㅋㅋㅋㅋㅋㅋ Those teumes are angels

I was so shy so I wasn't able to say that much
but Park Jihoon smelled really good
I guess there's a reason why he doesn't want to reveal his perfume
me and my companion went 'wow'..  I think we probably said 'Park Jihoon's perfume is crazy' for about 500 times

[+36, -0] The teumes who filmed with them were also something. They dance, played the guitar, sang... Amazing, as expected of Jjangmes (T/N: Jjang means 'the best'. Jjang + Teume = Jjangme) 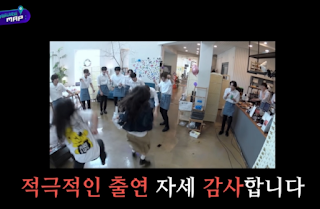 [+35, -0] Teumes... I saw that post about 'It's okay, it's frienship' here in pann, watched it because I was bored, ended up falling for Kim Junkyu and now I'm a one week old teume?? I like them so much I'm going crazyㅠㅠ I hope more people will know about TRESURE ㅠㅠ
[+34, -0] I really laughed because of Doyoung's disneyland princess line.. Amazing
[+33, -0] Makes my heart hurt once again..

I got the 'take a polaroid with Haruto and design it together' as my second pick and Ruto looks really really handsome.. He asked for my name but it's hard so he was confused. I started writing it on the table using my hands, but Ruto suddenly gave me the pen, and told me to write it on the back of his hands... I asked him if it's okay even if it's a permanent marker, and he told me it's alright and pushed his hands towards me... 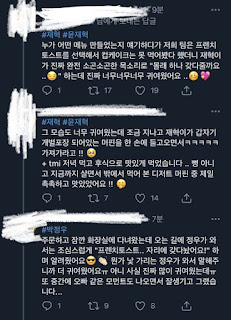 #Jaehyuk #YoonJaehyuk
We were talking about who made this and that in the menu, then we mentioned that we won't be able to try the cupcake since we ordered french toast, and Jaehyuk suddenly whispered "I'll secretly bring one to you..😏" he looked really really cute... 🥴💖
That side of him was really cute, but moments after, Jaehyuk really came back with an individually-packaged muffin ㅋㅋㅋㅋㅋ and told us "take this!!" 🥺
+TMI I ate it as dessert after dinner.. I'm not lying but it's definitely the softest among all the muffins I have ate outside, it tasted great!!🤫
#Park Jeongwoo
I went to the restroom for a bit after ordering. On my way, Jeongwoo walked towards me and said 'I put the frenchtoast..at your seat!' carefully It's even cuter cause Jeongwoo came to talk to me even though he's shyㅠ  Actually he's really really cuteㅠ but moments where he's like an oppa would come from time to time. Just really handsome...😎👏
[+31, -0] First face-to-face event after debuting.. what a legend.. Reading fan accounts and now I actually feel that they're real
[+29, -0] I'm another group's fan, but knowing it's their first face-to-face event makes me cryㅠ TREASURE do well
[+28, -1] I ended up liking them a lot ㅠㅠㅠㅠㅠ My friend showed me some TMAP eps after our exam, and I liked it a lot that I finished all episodes at home.. So cuteㅜㅠ
[+26, -0] When will teumes be able to attend offline eventsㅜㅠㅠㅠ I also want to see them in real-life 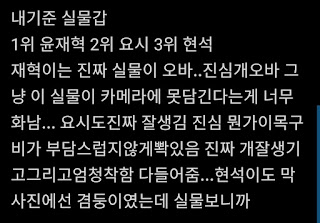 My ranking on who is the best looking in real life
1. Yoon Jaehyuk 2. Yoshi 3. Hyunsuk
Jaehyuk is really just crazy.. Like genuinely the camera doesn't do him justice it makes me mad....
Yoshi is also handsome like his features are well-defined. He's really handsome and also really kind. He listens to everyone...
Hyunsuk looks cute in photos but seeing him in real life, he looks cute as well but he has this strong vibe
[+23, -0] Why are they so cute.. Aren't they the ones who appeared in 'Amazing Saturday'.. I just thought those members were cute when I watched it... I already told myself to stop looking for a group to stan but...
[+23, -0] Just how kind are you..

The kids were obviously having a hard time, but they continued to serve and make food (for us)... They would greet us happily and I just really want to thank all of them for giving their best. They're so kind. I feel so touched..

[+23, -0] They must've been excited to meet their fans face-to-face for the first time after debuting. Cuties.
[+22, -0] Yoon Jaehyuk listened to what the fan wanted to say in this posture..ㅠㅜㅜㅠㅠ For realㅠㅜ 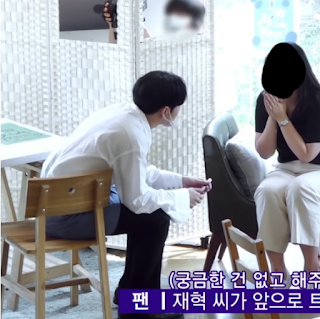