Everyone looks really cute. I hope they would do well

[+238, -18] I freaking like how I can now see Jung Sunchan every week. Ahn Yujin too as she was my one pick in Produce. Also, there's cutie TREASURE Jihoon too. Jihoon looks younger when he's actually the oldest one

[+101,-9] What the ㅠㅠㅠㅠ This is crazy. I like all of those three ㅠㅠㅠㅠ How did they know that our leader is good at talkingㅠㅠㅠ

[+78, -1] The three of them has the puppy type of face but they all look like the innocent typeㅋㅋ 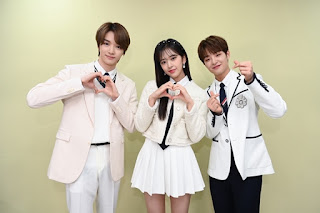 [+62, -1] Park Jihoon is the oldest with that face ㅋㅋㅋㅋㅋㅋ Our leader fighting

[+51, -1] TREASURE Jihoon is really good at talking so I thought that he'll become a music show MC  one day and he actually did... Amazing

[+53, -3] Our Jihoon is more of the mischievous type than innocent. He also had a long story which strengthen his mentality so he is strong-willed type of person. I'm just saying this incase you misunderstand because of his face. He is our leader who was born with a natural talent in MC-ing so I hope you will not have any prejudice against him.

[+50, -2] Jihoon was like a precious child for me during YGTB ㅜㅜ I can't imagine how much he has went through when he left YG.. I'm so proud seeing him went from being TREASURE's MC to Inkigayo's MC~! Jihoon has very good manners and a variety character so please don't leave any hate comments.. please 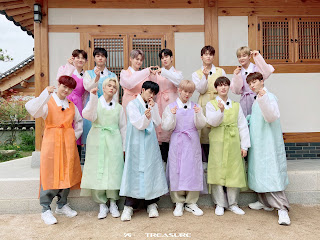 (Definitely a baby group with their oldest 99 and youngest 05)

Amongst the members, the youngest is none other than 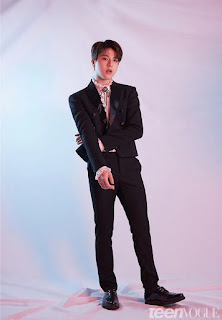 Super King Cow Baby So Junghwan who is handsome, cool, amazing at singing and dancing, tall, an 05-liner who turned 17 years old this year (He was 2 years old when BIGBANG debuted...)

Just by watching this team's contents, you can definitely see how much they like each other and how good their relationship is with each other (There's no way they won't get this close after all their hardships together..) The way they care for each other is amazing

I'll give you some examples

They're just tickling him, not hitting himㅠㅠㅋㅋㅋ

When they were choosing their partner, all of them are whispering "It's me" when maknae was describing his ㅋㅋ (Junkyu, it's not you.....)

He gave his own piece to their maknae so he will eat a lot (To be honest, this doesn't just apply to their maknae, they do this a lot among themselvesㅠㅠㅠ Cute)

Also, this is really legendary

This is for real. They can't eat carbs and drink soda but, Jaehyuk won 1st in the quiz so he got one cup of sprite

But they began a loyalty game with that and right from the start, the oldest only sipped once but since it's an entertainment show, the middle just drank it all at once that the 6th member who volunteered the cup wasn't able to drink anythingㅠㅋㅋ

But when it was their maknae's turn, they all looked at the staff and asked for a full cup so their maknae can drink spriteㅠㅠㅠ

Please keep an eye on our baby group TREASURE who are definitely talented, have great relationship, handsome, cute, kind, everything.

No but isn't Yoon Jaehyuk crazy????  How come his gaze look so sweet while getting a pat on his head by his dongsaeng of 3 years....... Can I also pat Jaehyuk's head....

[+62, -3] It's amusing because it's my first time seeing a maknae who's hugging his hyungs like thisㅋㅋ A baby 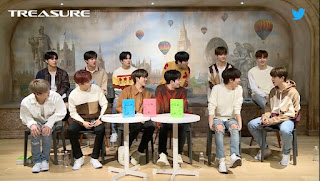 [+36, -3] Cutie, who acts like the hyung when he's also part of the maknae line, and the real maknae

[+35, -2] Even the TREASURE map staff agrees that he is a little puppy

[+31, -1] I'll get upset if we'll leave out Iksan boys when talking about maknae

[+25, -0] I entered as a solo Park Jihoon fan but, after watching Jihoon for a while, I realized their relationship is so amazing that I ended up becoming an all fanㅜㅜㅜㅜㅜ Please look at TREASURE prettily

[PANN] What is exposure to rookie male idol TREASURE ㅋㅋㅋㅋㅋㅋ

2001-liner Yoon Jaehyuk: Ah I should expose myself tooㅋㅋ (He even untacked his shirt and flap it like that

(Originally they only have to do this way ㅋㅋㅋㅋㅋㅋㅋ )

+_ The first gif above was from their first week of promotions for I LOVE YOU and Jihoon said this in one of their video call fansigns "We got scolded by the company because we show our stomachs a lot" . Right after that, their outfits were changed into this ㅋㅋㅋㅋㅋㅋㅋㅋㅋㅋ They're so bundled up ㅋㅋㅋㅋㅋㅋㅋ The staff are also protecting TREASURE ㅋㅋㅋㅋㅋㅋ

Kids, it's not the time for that yet. Wrap yourselves well. Protect TREASUREㅜ You can show off your abs in the future ㅠ

(What happened with the gifs qualityㅜ I'm sad)

[+120, -6] Fck did they planned this ㅠㅋㅋㅋㅋㅋㅋㅋㅋㅋㅋㅋ So crazily funny

[+103, -5] Teumes are already dying even just with them playing 3-legged race so don't worry about things like that ㅠㅜㅜㅋㅋㅋㅋㅋㅋㅋㅋ

[+51, -3] In an 'ofcourse game', the fan said 'You're showing off your abs because you're confident right? and he said 'Ofcourse!'. After that Jihoon said 'Even with the music shows lightings, it's on a level where you can still see it'... Someone sue him 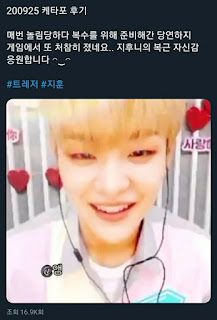 [+38, -1] They don't even have that huge age gap but the hyungs take care of the babies really well ㅋㅋㅋㅋㅋㅋㅋ The moment they saw the one and only cupcake, they immediately gave it to their maknae. One time, their maknae wore short and Junkyu was trying his best to cover his legs. For real, they're so cute ㅠㅠ

[+32, -2] Polite boys ㅋㅋㅋㅋ Even though the boys are very energetic, they're full of manners. Even the music shows directors show affections towards them and treat them like kids ㅋㅋㅋㅋㅋㅋㅋㅋ Their fancams sometimes exceeds 6minutes ㅋㅋㅋ They would include their before and after stage moments ㅋㅋㅋㅋ